By only looking at the profit generated in normal business operations, it makes it easier to understand the potential future profitability of the company. To calculate operating income, start with revenue from operations, subtract the cost of goods sold and other operating expenses such as the cost of labor. 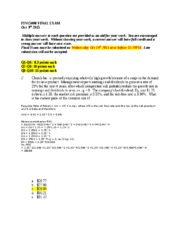 Also known as gross profit, gross income doesn’t include expenses such as salaries, income taxes and office supplies. Gross profit is used to figure out a company’s gross margin, which measures how efficiently your company is producing and distributing its products. It’s a good way to get a big-picture account of how well your company is using its resources, and how it measures up to other, similar companies in your industry. A high gross margin means you’re competing effectively in your industry, while a low gross margin could be a sign that you need to revisit your business model because your costs of production are outpacing sales.

Income from operations and operating income are the same thing, though their usage may vary. Income from operations is a general expression describing revenue a company earns from primary business activities, minus expenses involved in generating that revenue. Operating income is typically used to denote this profit level on a company’s formal income statement. It is also one of the most common financial ratios used for valuing a company as a whole. Therefore, it is very valuable, as well, as a measure of the success of a company from period to period.

Do not include any gains or losses from investment or the purchase or sale of business assets. Income from operations only involves revenue and expenses involved in the day-to-day run of the business.

Operating income is similar to a company’searnings before interest and taxes (EBIT) and is also referred to as the operating profit or recurring profit. The one big difference between operating income and EBIT is that EBIT includes any non-operating income the company generates. The more complex Multi-Step income statement (as the name implies) takes several steps to find the bottom line.

This move generates revenue, but it is not tied to regular business activities. On the income statement, irregular items are noted after the operating income and before the net income calculation. EBIT stands for Earnings Before Interest and Taxes and is one of the last subtotals in the income statement before net income. EBIT is also sometimes referred to as operating income and is called this because it’s found by deducting all operating expenses (production and non-production costs) from sales revenue. Operating income is a measurement that shows how much of a company’s revenue will eventually become profits.

When combined with income from operations, this yields income before taxes. The final step is to deduct taxes, which finally produces the net income for the period measured. Operating income–also called income from operations–takes a company’s gross income, which is equivalent to total revenue minus COGS, and subtracts all operating expenses. A business’s operating expenses are costs incurred from normal operating activities and include items such as office supplies and utilities. “Income from continuing operations” is another phrase used to describe this type of profit, because the calculation normally excludes discontinued business activities.

Operating profit – gross profit minus operating expenses or SG&A, including depreciation and amortization – is also known by the peculiar acronym EBIT (pronounced EE-bit). (Remember, earnings is just another name for profit.) What has not yet been subtracted from revenue is interest and taxes. Because operating profit is the profit a business earns from the business it is in – from operations.

Additionally, it is the measure of the ability of a company to cover costs and make profit. Operating income ratios leaves out interest and taxes, so it does not serve as a net value of the wealth created from a business. More, it is a general tool used to evaluate the operating process and efficiency which ultimately lead to company profits.

What Does Income From Operations Mean?

Operating income, often referred to as EBIT or earnings before interest and taxes, is a profitability formula that calculates a company’s profits derived from operations. In other words, it measures the amount of money a company makes from its core business activities not including other income expenses not directly related to the core activities of the business. Operating income is calculated by deducting operating expenses, such as wages and depreciation, and the cost of goods sold from the gross income. Operating income is a line you may have seen listed on a company’s income statement. This is because the operating income amount can show the amount of revenue that will become the profit for the company.

Taxes don’t really have anything to do with how well you are running your company. And interest expenses depend on whether the company is financed with debt or equity. But the financial structure of the company doesn’t say anything about how well it is run from an operational perspective. The Single Step income statement takes a simpler approach, totaling revenues and subtracting expenses to find the bottom line.