Home » Bookkeeping 101 » What Is LIFO Method? Definition and Example 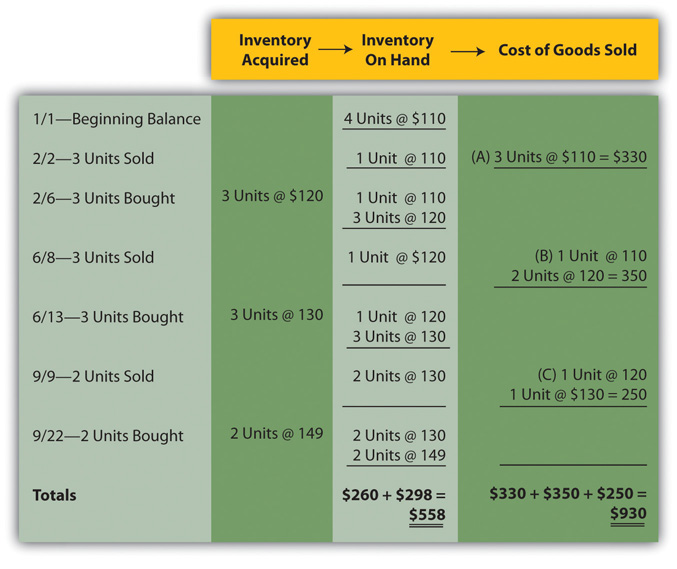 There are many benefits to using accounting software over manually calculating FIFO and LIFO. Accounting software calculates all changes in inventory cost and quantities automatically, which saves you time and reduces miscalculations. Behind the scenes, key financial statements, like the income statement and balance sheet, are updated in real-time.

The LIFO reserve is a contra-asset or asset reduction account that companies use to adjust downward the cost of inventory carried at FIFO to LIFO. Many companies use dollarvalue LIFO, since this method applies inflation factors to “inventory pools” rather than adjusting individual inventory items. Companies that are on LIFO for taxation and financial reporting typically use FIFO internally for pricing, purchasing and other inventory management functions. Under the first-in-first-out cost flow assumption, you assign your earliest costs to your inventory first.

Plus, you can generate detailed inventory reports to gain insight into your product purchases and sales. The first-in, first-out method works for just about any business because it assumes the oldest items are sold before newer items. It is ideal for businesses that sell perishable products that have an expiration date, like medication and dairy products.

Dun and Bradstreet Credibility Corporation reports that as of July 2013, the United States is the only country allowing the use of LIFO inventory accounting methods. LIFO values inventory according to the assumption that a business’s most recent inventory purchases are the first to be moved to the sales floor. This valuation method ultimately works to increase the cost of goods sold and reduce balance sheet inventory valuation. Because LIFO leads to reporting lower profits on financial statements, its overall effect is reduce taxes and increase cash flow. A change from LIFO to any other method will impact the balance sheet as well as the income statement in the year of the change.

Is LIFO allowed in Canada?

The LIFO conformity rule requires taxpayers that elect to use LIFO for tax purposes to use no method other than LIFO to ascertain the income, profit, or loss for the purpose of a report or statement to shareholders, partners, or other proprietors, or to beneficiaries, or for credit purposes.

It would provide excellent matching of revenue and cost of goods sold on the income statement. On the flip side, the first items sold are the most expensive during times of decreasing costs (deflation).

As IFRS rules are based on principles rather than exact guidelines, usage of LIFO is prohibited due to potential distortions it may have on a company’s profitability and financial statements. In a recent legal advice memorandum (FAA F), the IRS determined that a U.S. taxpayer had violated the LIFO conformity rule by providing a bank with financial statements prepared under both U.S. In this case, the taxpayer, which had been using LIFO for both financial statement and tax reporting purposes, was bought by a foreign entity that used IFRS for financial reporting purposes. The taxpayer continued to use LIFO for tax and financial reporting purposes but reported to its foreign parent on an IFRS (non-LIFO) basis. GAAP. The U.S. GAAP column was calculated using LIFO to value inventories.

This results in a higher cost of goods sold and lower profits and, ultimately, a lower tax bill. Keep in mind that if you decide to switch from FIFO to LIFO, you must file IRS Form 970 to inform the IRS of this change. Also, once you switch to LIFO, you are not allowed to switch to another accounting method without requesting permission from the IRS. It is a method used for cost flow assumption purposes in the cost of goods sold calculation.

Why is LIFO allowed under GAAP?

It’s banned in Canada for accounting practices and is only allowed in the US. Most businesses could never use LIFO, as spoiled goods would mean lower profits. Usually, companies that use LIFO do it to avoid paying higher taxes.

Ethical debates over LIFO valuation may be heading to a point where any discussion will become a moot point. A move to convert from the currently used generally accepted accounting principles to international financial reporting standards will make LIFO valuation a thing of the past. This is due to the fact that IFRS standards don’t allow for LIFO valuation. The Last-In-First-Out (LIFO) method of inventory valuation, while permitted under the U.S. Generally Accepted Accounting Principles (GAAP), is prohibited under the International Financial Reporting Standards (IFRS).

During times of rising costs, the cost of goods sold is lower and profits are higher. While higher profits may result in a higher tax bill, a strong bottom line can go a long way to getting approval on a loan or line of credit.

As discussed, the only advantage of using the LIFO method is a lower tax bill. During an inflation period, the cost of goods sold is higher, and that lowers your profits. LIFO is ideal if you are looking for a way to lower your tax bill.

Under normal economic conditions, prices rise over time, so FIFO minimizes your cost of goods sold, or COGS. The inventory equation says ending inventory equals beginning inventory plus inventory purchases minus COGS. By minimizing COGS, FIFO gives you a higher value for ending inventory. You have greater gross profits — sales minus COGS — under FIFO, as well as higher current assets, which includes inventory. This might be good for financial reporting, as it emphasizes your profitability, but is not so good for tax reporting because it creates higher taxable income.

Analyzing the mistakes made by this company that led to the decision in FAA F can help both domestic and multinational companies better understand what is allowable under the conformity rule. The difference between FIFO and LIFO is how each values the cost of goods sold and ending inventory. FIFO assumes older items are sold first, resulting in a lower cost of goods sold and a higher ending inventory valuation during an inflation period. LIFO assumes newer items are sold first, yielding a higher cost of goods sold, lower profits, and lower taxes.

Under LIFO, a business records its newest products and inventory as the first items sold. The opposite method is FIFO, where the oldest inventory is recorded as the first sold. While the business may not be literally selling the newest or oldest inventory, it uses this assumption for cost accounting purposes. If the cost of buying inventory were the same every year, it would make no difference whether a business used the LIFO or the FIFO methods. But costs do change because, for many products, the price rises every year.