When accepted, donations are classified as unrestricted, temporarily restricted and permanently restricted. These assets are broken down on a nonprofit organization’s Statement of Financial Position, which is equivalent to a balance sheet.

For this reason, it is strongly recommended to report restricted dollars separately, and to pay particular attention to the unrestricted amounts when planning and making operational decisions. In addition, directors and managers need adequate training to understand the nuances of restricted funds that present financial management challenges unique to nonprofit organizations. The third type, permanently restricted assets, are usually related to a particularly large donation, the donor of which a majority of the time will specify the purpose of the money.

Unlike regular donations, endowment funds have donor-imposed restrictions regarding when the organization can spend the fund principal and income. To ensure endowment restrictions are honored, nonprofits must maintain permanently restricted, temporarily restricted and unrestricted asset accounts, depending on the type of fund. Often associated with funds held by donations to nonprofit organizations or endowments, restricted funds ensure that donors alone can direct the usage of those assets.

Most endowments are designed to keep the principal amount intact while using the investment income for charitable efforts. In this example, FAN has recorded the three-year, $60,000 grant in the first year, as required. After releasing the first $20,000, as shown on the income statement, the remaining balance of the grant award for years two and three is shown on the balance sheet as assets with donor restrictions. These funds are included in the total net assets on the balance sheet, but they are not actually available to the organization to use in any way except according to restriction.

Exceptions could be when donors are asked to give to a capital campaign, a building fund, or a scholarship fund. Organizations can inadvertently create restricted gifts if they unwittingly commit to specific uses of gifts in their solicitation materials. Or they can intentionally solicit gifts for a restricted purpose to motivate donors to invest in a certain project rather than generally support the organization.

The income that the principal amount earns goes toward funding the stated wishes of the donor(s). Donations of such assets are not uncommon, as individuals, groups or organizations making the donations may have certain preferences as to how the assets donated are used by the nonprofit entity. Charities organized under this section of the tax code are exempt from paying taxes on their income and the donations they receive.

This is a distinct type of transaction known as reclassification, which should be reported separately from the charity’s other transactions that it participates in during the year. Usually, this means that the charity invests the gift and then uses the interest and investment returns in perpetuity. Permanently restricted funds often go into an endowment that supports a particular activity or the organization in general. Unrestricted funds usually go toward the operating expenses of the organization or to a particular project that the nonprofit picks.

In the nonprofit world, restricted assets are funds that must be used for purposes specified by donors. A donation to a homeless shelter for bathroom renovations would have to be segregated and accounted for separately from the general budget of that nonprofit organization. For the most part, however, donations to nonprofit groups are unrestricted, which means they are free to spend the funds as they see fit. When a donor gives money to a nonprofit organization, they may specify whether the gift is unrestricted and can be used for any purpose the organization sees fit.

An endowment comprises gifts that the donor requires to be invested in perpetuity or for a specific period of time. An endowment can also represent amounts segregated or designated by the governing board for a length of time to provide income for maintaining the nonprofit organization. Since board designations are voluntary and may be reversed at any time, an endowment established by a board is not considered restricted and is sometimes referred to as quasi-endowments. Endowments represent money or other financial assets that are donated to universities or colleges and are meant to be invested to grow the principal and provide additional income for future investing and expenditures.

Typically, fund designation is specified in writing or through an understood agreement with the nonprofit. Foundations that provide restricted funds often describe how they want their money allocated when they distribute the award. Nonprofit organizations can avoid confusion about how they intend to spend a donor’s funds by offering a choice of designation. For example, a cancer research nonprofit could give donors a choice to allocate their funds to either breast, skin, or brain cancer clinical trials. Most nonprofits ask for unrestricted funds when they solicit donors by email or direct mail.

When a donor restriction goes too far, when the donee does not have dominion and control of the gifted asset and may not freely use the transferred asset, then there is no gift qualifying as a deductible contribution. What constitutes a restriction that the IRS will identify as going too far is far from predictable. Donors considering gift restrictions are urged to consult their tax advisors to navigate this uncertainty. As a general rule, gifts of cash, land, easements or other assets to a charity may be used, at the discretion of the charity, for any of its charitable purposes.

Generally, the majority of donations to nonprofit organizations are unrestricted, which allows the organization to freely utilize the money as they see fit. Temporarily restricted assets come with strings attached — that is, they must be earmarked for certain purposes, but only until the expiration of the term stipulated by a donor.

Typically, endowment funds follow a fairly strict set of long-term guidelines dictating the asset allocation that will yield the targeted return without taking on too much risk. For federal tax purposes, a contribution is deductible only if it is made “to or for the use of” a charitable organization.

The FASB’s Statement of Standards No. 116 defines and governs how permanently restricted and temporarily restricted assets are reported. An endowment is a donation of money or property to a non-profit organization, which uses the resulting investment income for a specific purpose. “Endowment” can also refer to the total of a non-profit institution’s investable assets, also known as “principal” or “corpus,” which is meant to be used for operations or programs that are consistent with the wishes of the donor.

What are the 3 types of net asset restrictions?

Permanently restricted net assets are assets held by a nonprofit entity for which donors have imposed usage restrictions that do not expire. Permanent restrictions are most commonly found when donors contribute large sums to nonprofits, and so are more inclined to control how the funds are used.

Restricted funds provide reassurance to donors that their contributions are used in a manner they have chosen. Restricted funds most often appear in the context of funds held by certain nonprofits, endowments, or insurance companies. Permanently restricted assets are funds of a nonprofit organization that must be used in designated ways and whose principal cannot be touched.

These charities also are able to offer donors personal tax deductions based on the amount of their donation. With these benefits comes obligations, as charities are required to maintain a certain level of financial transparency to both the Internal Revenue Service and prospective donors. However, many charities prepare financial reports in addition to their required tax filing to provide additional clarity to donors. The Financial Accounting Standards Board is the authority on American accounting practices and maintains the generally accepted accounting principles (GAAP), which define how financial statements are to be prepared.

In either case, they should take care in crafting their solicitations so as to restrict the use of the resulting donations only if and to the extent that the benefits of the restrictions outweigh the pitfalls of managing the restrictions. For example, an investment account and a cash account might be restricted for the construction of a new factory. The restrictions mean that these accounts be reported as a long-term asset, since the funds can only be used for the building and are not available for working capital purposes. Typically, restricted funds are not required to be placed into a segregated bank account, but they must be accounted for separately in a nonprofit’s financial statements.

For example, an individual or organization may donate a large chunk of real estate to a nonprofit entity, such as a public university, with the restriction that the property only be used to house scientific research labs in perpetuity. Nonprofits should record investment income from endowments on a regular basis; typically at the end of each month when they receive their investment summary. If the value of the investment increases, the nonprofit should debit the investment account and credit interest revenue. When the nonprofit is ready and able to transfer endowment income into unrestricted assets, the nonprofit debits an unrestricted cash account and credits the restricted investment account. 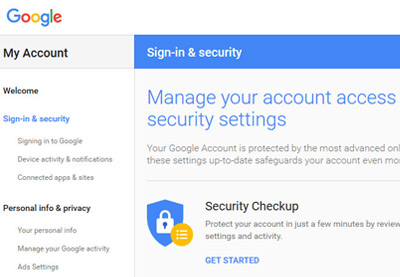 What does permanently restricted mean?

A conservation organization soliciting a gift for a specific purpose, or a donor willing to give only for a specific purpose, may be creating a restricted gift, a gift which limits—sometimes sharply—the organization’s discretion in managing the gift. Nonprofit organizations could implement an internal system that alerts management when restricted fund obligations have been met; once the donor’s wishes are satisfied, the excess money can be transferred to unrestricted funds. Nonprofit employees should be trained to identify expenditures that require allocation to restricted funds. When the staff correctly allocates money, it keeps donors satisfied and helps avoid legal disputes.

With permanently restricted funds, the donation acts as principal on which interest can be earned (and only the interest is to be spent). A restricted fund is a reserve account that contains money that can only be used for specific purposes.