SUTA tax rates vary by state, but are typically less than one percent. The cost of labor is the total amount of all salaries, wages, and other forms of income paid to employees. It also includes the total amounts of all employee benefits and federal, state, and local payroll taxes that your business has paid (not the portion your employees paid). FICA is an acronym for “Federal Insurance Contributions Act.” FICA tax is the money that is taken out of workers’ paychecks to pay older Americans their Social Security retirement and Medicare (Hospital Insurance) benefits.

The Medicare tax rate is 1.45 percent, with no maximum income limit. These taxes are imposed on employers and employees and on various compensation bases and are collected and paid to the taxing jurisdiction by the employers.

Employers having contact with the jurisdiction must withhold the tax from wages paid to their employees in those jurisdictions. Computation of the amount of tax to withhold is performed by the employer based on representations by the employee regarding his/her tax status on IRS Form W-4. 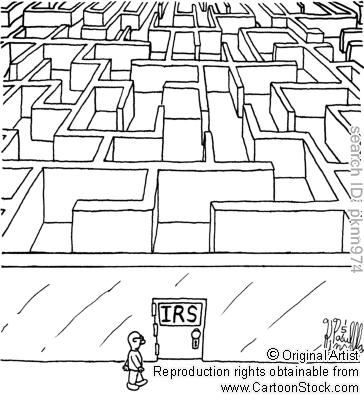 Employers are allowed to deduct a small percentage of an employee’s pay (around 4%). Payroll tax consists of Social Security and Medicare taxes, otherwise known as Federal Insurance Contributions Act (FICA) tax. FICA tax is an employer-employee tax, meaning both you and your employees will contribute to it. When it comes to tax withholding, employees face a trade-off between bigger paychecks and a smaller tax bill.

The new version also includes a five-step process for indicating additional income, entering dollar amounts, claiming dependents and entering personal information. While those hired before January 1, 2020, aren’t required to complete the form, you may want to do so if you’re changing jobs or adjusting your withholding in 2020. One way to manage your tax bill is by adjusting your withholding. The downside to maximizing each paycheck is that you might end up with a bigger tax bill if, come April, you haven’t had enough withheld to cover your tax liability for the year.

Unlike federal income tax that goes to the government’s general fund, FICA taxes fund only Social Security and Medicare program. The employee pays a 6.2 percent tax for Social Security expenses and 1.45 percent for Medicare. The employer must match the deduction and send the total amount to the IRS. Self-employed individuals pay 15.3 percent of their wages, which includes both the employer and employee portion of the tax. Federal, state, and local withholding taxes are required in those jurisdictions imposing an income tax. 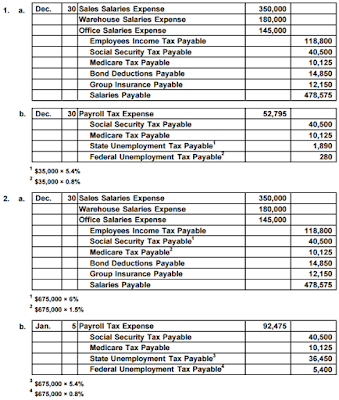 To the extent an employee’s portion of the 6.2% tax exceeded the maximum by reason of multiple employers, the employee is entitled to a refundable tax credit upon filing an income tax return for the year. Among employees’ common misperceptions about health savings accounts (HSAs) is a lack of awareness that payroll-deferred HSA contributions are not subject to Social Security and Medicare (FICA), and federal unemployment (FUTA) taxes. In other words, when employees contribute to their HSA through a payroll deduction, the money is excluded from federal income taxes and FICA/FUTA taxes. Only three states—California, New Jersey and Alabama—tax employer and employee HSA contributions at the state level.

Instead, each owner may deduct one half of the self-employment tax paid as a deduction on his or her personal income tax return. The payroll taxes withheld from employees include federal income taxes, state income taxes, and the employees’ portion of the FICA or Social Security and Medicare taxes.

Besides income tax withholding, there are additional paycheck deductions for Social Security and Medicare taxes. These two deductions are sometimes referred to as payroll taxes or FICA (for Federal Insurance Contributions Act). They are used to support retired workers and pay for their medical benefits, as well as for supporting disabled workers and their dependents. For the 2017 and 2018 tax years, the tax rate for Social Security is 6.2 percent. For 2018, the maximum amount of gross income subject to this tax is $128,400.

That would mean that instead of getting a tax refund, you would owe money. Looking at a simple example can help clarify exactly how federal tax withholding works. For a single taxpayer, a $1,000 biweekly check means an annual gross income of $26,000. If a taxpayer claims one withholding allowance, $4,150 will be withheld per year for federal income taxes. The amount withheld per paycheck is $4,150 divided by 26 paychecks, or $159.62.

For example, if you earned $1,000 during the pay period, your employer deducted $76.50 for payroll taxes, leaving $923.50. Your employer most likely also deducts a percentage of your wages for income taxes as well as employee contributions to benefits such as health and dental plans and retirement accounts. The Social Security tax is divided into 6.2% that is visible to employees (the “employee contribution”) and 6.2% that is visible only to employers (the “employer’s contribution”). For the years 2011 and 2012, the employee’s contribution had been temporarily reduced to 4.2%, while the employer’s portion remained at 6.2%, but Congress allowed the rate to return to 6.2% for the individual in 2013.

It’s important to note that while the 2019 W-4 allowed you to claim allowances, the 2020 version doesn’t. Additionally, it removes the option to claim personal and/or dependency exemptions. Instead, filers are required to enter annual dollar amounts for things such as total annual taxable wages, non-wage income and itemized and other deductions.

Payroll taxes payable is a liability account that contains the combined total of payroll taxes deducted from employee pay and the employer portion of payroll taxes. The balance in this account is increased by the addition of new liabilities, and reduced by payments made to the applicable governing authorities.

Two separate taxes are added together and treated as one amount that is referred to as “payroll taxes” or FICA. These two taxes, individually, pay for both Social Security retirement benefits and Medicare health insurance. Put simply, payroll taxes are taxes paid on the wages and salaries of employees.

Half of payroll taxes (7.65 percent) are remitted directly by employers, while the other half (7.65 percent) are taken out of workers’ paychecks. Payroll taxes are federal and state taxes that are levied on all employee wages. These taxes include FICA taxes, Social Security and Medicare deductions, FUTA taxes, which are used to fund federal unemployment payments, and SUTA taxes, which are used to fund state unemployment payments. The FICA tax percentage is 7.65 percent per employee (6.2 percent for Social Security and 1.45 percent for Medicaid). FUTA taxes are collected at a rate of 0.8 percent but are only applicable to the first $7,000 of gross income earned each year.

Most jurisdictions imposing payroll taxes require reporting quarterly and annually in most cases, and electronic reporting is generally required for all but small employers. The Federal Insurance Contributions Act tax is a federal payroll tax imposed on both employees and employers to fund Social Security and Medicare —federal programs that provide benefits for retirees, the disabled, and children of deceased workers. The largest of these social insurance taxes are the two federal payroll taxes, which show up as FICA and MEDFICA on your pay stub. The first is a 12.4 percent tax to fund Social Security, and the second is a 2.9 percent tax to fund Medicare, for a combined rate of 15.3 percent.

In Bermuda, payroll tax accounts for over a third of the annual national budget, making it the primary source of government revenue. The tax is paid by employers based on the total remuneration (salary and benefits) paid to all employees, at a standard rate of 14% (though, under certain circumstances, can be as low as 4.75%).

In addition, HSA funds withdrawn for qualified medical expenses are not treated as taxable income. Payroll taxes (Social Security and Medicare tax) can be deducted when paid.