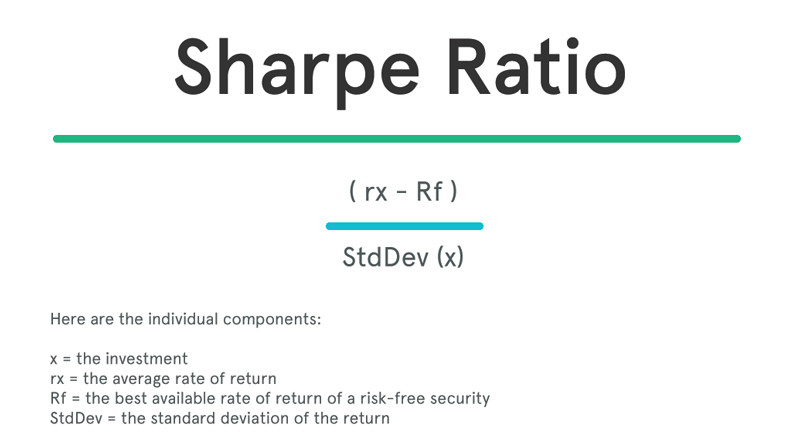 You can’t calculate financial ratios without using a company’s financial statements. This guide to financial statements provides step-by-step instructions on how to read a balance sheet, income statement, and other important accounting documents. Leverage ratios focus more on long-term debt, while liquidity ratios deal with short-term debt. The three main leverage ratios include the debt, debt-to-equity and interest-coverage ratios. The debt ratio shows the relationship between a company’s debts and its assets.

In short, the P/E shows what the market is willing to pay today for a stock based on its past or future earnings. A high P/E could mean that a stock’s price is high relative to earnings and possibly overvalued. Conversely, a low P/E might indicate that the current stock price is low relative to earnings.

If current liabilities exceed current assets (the current ratio is below 1), then the company may have problems meeting its short-term obligations. If the current ratio is too high, then the company may not be efficiently using its current assets or its short-term financing facilities. In such a situation, firms should consider investing excess capital into middle and long term objectives.

What is ratio analysis and its types?

Ratio analysis is the comparison of line items in the financial statements of a business. Ratio analysis is used to evaluate a number of issues with an entity, such as its liquidity, efficiency of operations, and profitability. Trend lines can also be used to estimate the direction of future ratio performance.

Comparative data can demonstrate how a company is performing over time and can be used to estimate likely future performance. This data can also compare a company’s financial standing with industry averages while measuring how a company stacks up against others within the same sector. The price/earnings-to-growth (PEG) ratio is a company’s stock price to earnings ratio divided by the growth rate of its earnings for a specified time period.

Acceptable current ratios vary from industry to industry and are generally between 1.5 and 3 for healthy businesses. If a company’s current ratio is in this range, then it generally indicates good short-term financial strength.

If a company experiences a debt ratio greater than one, the company has more debt than assets on its balance sheet. The debt-to-equity ratio determines how much equity a company used to finance debts. Companies with a small amount of debt usually experience a debt-to-equity ratio less than one. The interest-coverage ratio determines a company’s ability to pay its interest expenses derived from debt obligations.

The cash ratio determines the ability of a company to immediately pay for their current liabilities with liquid assets. Higher-leverage ratios show a company is in a better position to meet its debt obligations than a lower ratio. Investors and business managers use profitability ratios to see if a company earns more revenue than what it spends on expenses. Profitability ratios help reveal the segments of a business that are the most profitable. Several main financial ratios fall under the category of profitability ratios, including gross profit margin, return on assets and return on equity.

To address this limitation, investors turn to another ratio called thePEG ratio. The P/E ratio helps investors determine the market value of a stock as compared to the company’s earnings.

There are various types of financial ratios, grouped by their relevance to different aspects of a company’s business as well as to their interest to different audiences. Compares the price paid for a company’s shares to the earnings reported by the business. An excessively high ratio signals that there is no basis for a high stock price, which could presage a stock price decline. They include dividend yield, P/E ratio, earnings per share, and dividend payout ratio.

When you are analyzing a business or a stock, common sense tells you that the faster a company collects its accounts receivables, the better. The sooner customers pay their bills, the sooner a company can put the cash in the bank, pay down debt, or start making new products. There is also a smaller chance of losing money to delinquent accounts.

The gross profit margin analyzes how much of a profit a company makes on each sale. ROA shows how much a company’s assets impact profits, and ROE shows the ability of a company to take money invested in the business by shareholders to earn a profit. Liquidity ratios measure a company’s ability to pay off its short-term debts as they become due, using the company’s current or quick assets. Liquidity ratios include the current ratio, quick ratio, and working capital ratio. A P/E ratio, even one calculated using a forwardearnings estimate, does not always show whether or not the P/E is appropriate for the company’s forecasted growth rate.

Like the price to earnings ratio, the current ratio is one of the most famous of all financial ratios. It serves as a test of a company’s financial strength and relative efficiency. For instance, you can tell if a company has too much, or too little, cash on hand. Before you start investing in individual stocks, it is very useful to learn how to understand, calculate, and interpretfinancial ratios.

A company with a high interest-coverage ratio is in a better financial position than a company with a low interest-coverage ratio. Liquidity ratios measure a company’s ability to meet its debt obligations using its current assets. When a company is experiencing financial difficulties and is unable to pay its debts, it can convert its assets into cash and use the money to settle any pending debts with more ease.

A higher P/E ratio shows that investors are willing to pay a higher share price today because of growth expectations in the future. The average P/E for the S&P 500 has historically ranged from 13 to 15. For example, a company with a current P/E of 25, above the S&P average, trades at 25 times earnings. The high multiple indicates that investors expect higher growth from the company compared to the overall market. Any P/E ratio needs to be considered against the backdrop of the P/E for the company’s industry.

The information reflects two years of data for a hypothetical company. However, companies that grow faster than average typically have higher P/Es, such as technology companies.

The quick ratio is a more conservative version of the current ratio. It uses a similar formula but does not include inventory in its calculation.

In this article, we will consider some commonly used liquidity ratios used in the financial analysis of a company. A balance sheet is provided as an example for calculating a company’s financial position by measuring its liquidity, which is the ability to pay its current debt with its current assets.

Otherwise, you could make a mistake such as buying into a company with too much debt, not enough cash to survive, or low profitability. This guide to financial ratios will explain how to calculate the most important financial ratios, and, more importantly, what they mean. Liquidity ratios show a company’s current assets in relation to current liabilities. The information used to calculate liquidity ratios comes from a company’s balance sheet.

The price-to-earnings ratio (P/E) is one of the most common ratios used by investors to determine if a company’s stock price is valued properly relative to its earnings. The P/E ratio is popular and easy to calculate, but it has shortcomings that investors should consider when using it to determine a stock’s valuation.

Investors use these metrics to predict earnings and future performance. In contrast, one with a P/E ratio of 50 would be considered overvalued. The former may trend upwards in the future, while the latter may trend downwards until each aligns with its intrinsic value. Investors and analysts employ ratio analysis to evaluate the financial health of companies by scrutinizing past and current financial statements.

How do you analyze ratios?