Home » Bookkeeping 101 » Is ROCE useful as an indicator of a company’s performance?

How to Calculate the Return on Capital Employed 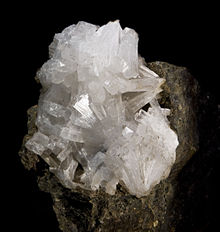 While higher ROE ought intuitively to imply higher stock prices, in reality, predicting the stock value of a company based on its ROE is dependent on too many other factors to be of use by itself. Return on Capital Employed (ROCE) is a financial ratio that measures a company’s profitability and the efficiency with which its capital is employed. ROCE is especially useful when comparing the performance of companies in capital-intensive sectors such as utilities and telecoms. This is because unlike other fundamentals such as return on equity (ROE), which only analyzes profitability related to a company’s common equity, ROCE considers debt and other liabilities as well. This provides a better indication of financial performance for companies with significant debt.

For starters, ROCE is a useful measurement for comparing the relative profitability of companies. But ROCE is also an efficiency measure of sorts — it doesn’t just gauge profitability as profit margin ratios do. ROCE measures profitability after factoring in the amount of capital used.

One of several different profitability ratios used for this purpose, ROCE can show how companies use their capital efficiently by examining the net profit it earns in relation to the capital it uses. The financial metrics return on equity (ROE), and the return on capital employed (ROCE) are valuable tools for gauging a company’s operational efficiency and the resulting potential for future growth in value. They are often used together to produce a complete evaluation of financial performance.

How to calculate ROCE

This metric has become very popular in the oil and gas sector as a way of evaluating a company’s profitability. It should not be used for companies that have a large cash reserve that remains unused. ROE is especially used for comparing the performance of companies in the same industry. As with return on capital, a ROE is a measure of management’s ability to generate income from the equity available to it. ROE is also a factor in stock valuation, in association with other financial ratios.

ROCE is important because it considers other stake holders like lenders and debt holders which is the not the case with ROE. The ROCE calculates to what extent the operating profits of the company are covering the total long term capital of the company. The reverse of the ROCE can also be looked as the payback period for capital. When the ROCE is 35.29% in the above case, it means that the total capital of the company has a payback of a little below 3 years.

How ROCE is calculated?

ROCE is calculated by dividing a company’s earnings before interest and tax (EBIT) by its capital employed. In a ROCE calculation, capital employed means the total assets of the company with all liabilities removed.

ROCE stands for Return on Capital Employed; it is a financial ratio that determines a company’s profitability and the efficiency the capital is applied. A higher ROCE implies a more economical use of capital; the ROCE should be higher than the capital cost. If not, the company is less productive and inadequately building shareholder value. ROCE accounts for debt and additional liabilities, unlike other profitability ratios such as the return on equity (ROE) ratio. Analysts and investors use the ROCE ratio in conjunction with the ROE ratio to get a more well-rounded idea of how well a company can generate profit from the capital it has available.

ROCE is a better measure when the business has a long gestation like in power, telecom and internet where the ROE may not really be relevant. Because shareholders’ equity is equal to a company’s assets minus its debt, ROE could be thought of as the return on net assets. A good rule of thumb is to target an ROE that is equal to or just above the average for the peer group. For example, assume a company, TechCo, has maintained a steady ROE of 18% over the last few years compared to the average of its peers, which was 15%.

Return on capital employed, or ROCE, is a long-term profitability ratio that measures how effectively a company uses its capital. The metric tells you the profit generated by each dollar (or other unit of currency) employed.

What does ROCE mean?

Return on capital employed (ROCE) is a financial ratio that measures a company’s profitability and the efficiency with which its capital is used. In other words, the ratio measures how well a company is generating profits from its capital.

Return on capital employed (ROCE) is a good baseline measure of a company’s performance. It is best employed in conjunction with other performance measures rather than looked at in isolation. ROCE is one of several profitability ratios used to evaluate a company’s performance. It is designed to show how efficiently a company makes use of its available capital by looking at the net profit generated in relation to every dollar of capital utilized by the company. Think of the return on capital employed (ROCE) as the Clark Kent of financial ratios.

What is the difference between ROCE and ROA?

Return on capital employed (ROCE) is a financial ratio that measures a company’s profitability and the efficiency with which its capital is used. In other words, the ratio measures how well a company is generating profits from its capital. The ROCE ratio is considered an important profitability ratio and is used often by investors when screening for suitable investment candidates. When it comes to financial markets, the easiest and most elegant way to look at comparisons is through the lens of ratios. Normally, one of the most important measures for an equity share is the Return on Equity (ROE).

What Is Return on Capital Employed – ROCE?

Capital employed is the total amount of capital that a company has utilized in order to generate profits. Return on equity measures how efficiently a firm can use the money from shareholders to generate profits and grow the company.

An investor could conclude that TechCo’s management is above average at using the company’s assets to create profits. Relatively high or low ROE ratios will vary significantly from one industry group or sector to another.