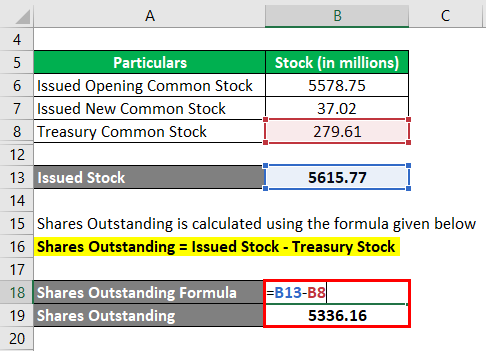 Issuing more shares dilutes the ownership stake of existing investors, meaning that their influence on major events is diminished. It also threatens to slow earnings growth, as a greater number of shares reduces earnings-per-share results, and EPS are often a proxy for stock performance. Whether you realize it or not, you are probably well versed in supply and demand. The higher something is in demand, the more difficult it usually is to come by. In the stock market, when the number of shares available for trading increases as a result of management’s decision to issue new shares, the stock price will usually fall.

Instead of traditional dividend payments, buybacks have been viewed as a flexible practice of returning excess cash flow. Buybacks can be seen as an efficient way to put money back into its shareholders’ pockets, as demonstrated by Apple’s (AAPL) capital return programs.

Buying back some or all of the outstanding shares can be a simple way to pay off investors and reduce the overall cost of capital. For this reason, Walt Disney (DIS) reduced its number of outstanding shares in the market by buying back 73.8 million shares, collectively valued at $7.5 billion, back in 2016. Conversely, in May 2015, BlackBerry, Ltd. announced a plan to repurchase 12 million of its own outstanding shares in an effort to increase stock earnings. BlackBerry plans to buy back 2.6% of its more than 500 million outstanding float shares as an increase in equity incentive. The number of shares outstanding will increase if a company undertakes a stock split, or will reduce if it undertakes a reverse stock split.

Share repurchases usually increase per-share measures of profitability like earnings-per-share (EPS) and cash-flow-per-share, and also improve performance measures like return on equity. These improved metrics will generally drive the share price higher over time, resulting in capital gains for the shareholders. However, these profits will not be taxed until the shareholder sells the shares and realizes the gains made on the shareholdings. Shares outstanding refer to a company’s stock currently held by all its shareholders, including share blocks held by institutional investors and restricted shares owned by the company’s officers and insiders.

Of course, merely increasing the number of outstanding shares is no guarantee of success; the company has to deliver consistent earnings growth as well. When excess cash is used to repurchase company stock, instead of increasing dividend payments, shareholders have the opportunity to defer capital gains if share prices increase. Traditionally, buybacks are taxed at a capital gains tax rate, whereas dividends are subject to ordinary income tax.

Companies typically issue shares when they raise capital through an equity financing, or upon exercising employee stock options (ESO) or other financial instruments. Outstanding shares will decrease if the company buys back its shares under a share repurchase program.

When companies pursue share buyback, they will essentially reduce the assets on their balance sheets and increase their return on assets. Likewise, by reducing the number of outstanding shares and maintaining the same level of profitability, EPS will increase.

If it repurchases 10,000 of those shares, reducing its total outstanding shares to 90,000, its EPS increases to $111.11 without any actual increase in earnings. If the economy slows or falls into recession, the bank might be forced to cut its dividend to preserve cash. However, if the bank decided to buy back fewer shares, achieving the same preservation of capital as a dividend cut, the stock price would likely take less of a hit. Committing to dividend payouts with steady increases will certainly drive a company’s stock higher, but the dividend strategy can be a double-edged sword for a company. 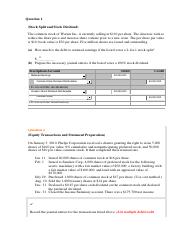 Companies save a portion of their profits from year-to-year and put those accumulated savings into an account called retained earnings. There are a few different contexts in which the total number of outstanding shares are considered important. Shares work through the same economic laws as anything else that can be bought or sold; stock price is determined through supply and demand.

While it’s understandable that investors might exit a position in a stock when new shares are issued, it’s also fair that a company would choose to increase its float, or number of shares available to trade. Companies will choose to repurchase shares and then resell them in the open market once the price increase to accurately reflect the value of the company. When earnings per share increases, the market will perceive this positively and share prices will increase after buybacks are announced.

This occurs because companies may sell additional shares to raise more capital, or restricted or closely-held shares may come available. On the flip side, a share buyback decreases the number of outstanding shares, so floating shares as a percentage of outstanding stock will go down. While investors tend to adore buybacks, there are several disadvantages investors should be aware of. Buybacks can be a signal of the marketing topping out; many companies will repurchase stocks to artificially boost share prices.

Typically, executive compensations are tied to earnings metrics and if earnings cannot be increased, buybacks can superficially boost earnings. Also, when buybacks are announced, any share price increase will typically benefit short-term investors rather than investors seeking long-term value. This creates a false signal to the market that earnings are improving due to organic growth and ultimately ends up hurting value. The flip side of this scenario is one enjoyed by many blue chips, in which regular buybacks steadily reduce the number of outstanding shares. For example, let’s assume a company issues 100,000 shares at $25 per share, raising $2.5 million in equity.

What Are Shares Outstanding?

When there is a less available supply of shares, then an upward demand will boost share prices. Typically, companies can return wealth to shareholders through stock price appreciations, dividends, or stock buybacks. In the past, dividends were the most common form of wealth distribution. However, as Corporate America becomes more progressive and flexible, a fundamental shift has occurred in the way companies deploy capital.

For shareholders who do not sell their shares, they now have a higher percent of ownership of the company’s shares and a higher price per share. Those who do choose to sell have done so at a price they were willing to sell at. Both dividends and buybacks can help increase the overall rate of return from owning shares in a company. However, there’s much debate surrounding which method of returning capital to shareholders is better for investors and for the companies involved over the long-term.

In recent history, leading companies have adopted a regular buyback strategy to return all excess cash to shareholders. By definition, stock repurchasing allows companies to reinvest in themselves by reducing the number of outstanding shares on the market. Typically, buybacks are carried out on the open market, similarly to how investors purchase stocks. While there has been a clear shift in wealth distribution of dividends to stock repurchasing, this doesn’t mean a company cannot pursue both. Shares outstanding refers to the number of shares of common stock that investors currently own and are used to calculate many common financial metrics, such as earnings per share and market capitalization.

Because issued shares refers to the total number of shares a company has created, and treasury shares refers to shares that have been issued but bought back, subtracting these two numbers results in the number of outstanding shares. Generally, both of these figures can be found on a company’s balance sheet.

A share buyback refers to the purchase by a company of its shares from the marketplace. The biggest benefit of a share buyback is that it reduces the number of shares outstanding for a company.

How many shares of common stock are outstanding?

The 1,000 shares of FLUF purchased at $20 will now be worth more over time because the reduced share count will boost the value of the shares. Assume that in year two, the company’s revenues and net income are unchanged from the year one value of $10 billion and $1 billion respectively. However, because the number of shares outstanding has been reduced to 450 million, earnings-per-share would be $2.22 instead of $2. If the stock trades at an unchanged price-to-earnings ratio of 10, FLUF shares should now be trading at $22.22 ($2.22 x 10), instead of $20 per share.

Not only should shareholders be familiar with this stock market terminology, they should also understand under what circumstances the number of outstanding shares might fluctuate. Companies can choose to buy back shares from the public or offer stock options that give investors the right to purchase more stock from the treasury.

Thus, the value of each share is inversely related to the number of shares outstanding, with all other things being equal. Like price, the percentage of company ownership expressed in each share is also reduced whenever more shares are created.

In the event of a recession, share buybacks can be decreased more easily than dividends, with a far less negative impact on the stock price. Shareholders demand returns on their investments in the form of dividends which is a cost of equity—so the business is essentially paying for the privilege of accessing funds it isn’t using.

An ill-timed news item questioning the company’s leadership ethics causes panicked shareholders to begin to sell, driving the price down to $15 per share. The company decides to repurchase 50,000 shares at $15 per share for a total outlay of $750,000 and wait out the frenzy. The business remains profitable and launches a new and exciting product line the following quarter, driving the price up past the original offering price to $35 per share. After regaining its popularity, the company reissues the 50,000 shares at the new market price for a total capital influx of $1.75 million. Because of the brief undervaluation of its stock, the company was able to turn $2.5 million in equity into $3.5 million without further diluting ownership by issuing additional shares.