In some cases, a distinction between land and improvements is difficult to draw. Accounting rules do not always provide clear guidance for every possible situation. For example, trees, shrubbery, and sewer systems might be viewed as normal and necessary costs to get land into the condition and position to generate revenues rather than serving as separate assets. Is a sewer system a cost incurred so that land can be utilized or is it truly a distinct asset? Such costs may be carried within the land account and not depreciated or reported as land improvements subject to depreciation.

Taxpayers should also ensure that, when the 15-year life is applied to QLHI, the straight-line method is used rather than the 150DB/STL method used for land improvements. A quick fixed asset review could have a significant impact on a taxpayer’s current year taxable income. Commercial and residential building assets can be depreciated either over 39-year straight-line for commercial property, or a 27.5-year straight line for residential property as dictated by the current U.S. The Internal Revenue Service (IRS) allows building owners the opportunity under the Modified Accelerated Cost Recovery System (MACRS) to depreciate certain land improvements and personal property over a shorter period than 39 or 27.5 years.

The impact of 100% bonus depreciation under the TCJA is staggering. Cost Segregation is an engineering-based analysis in which fixed assets are isolated and reclassified into shorter-lived tax categories, resulting in accelerated depreciation, tax deferral, and increased cash flow. A study may be performed throughout the real estate life cycle on acquired, renovated, or newly constructed properties. Many studies are commissioned when properties are initially placed-in-service, but the IRS also permits “look-back” studies. These studies allow taxpayers to retroactively claim all the depreciation that they would have received had they performed a study when the property was originally placed-in-service.

A large part of the complexity in determining which land improvements can be depreciated and which cannot is that the land itself is not depreciable. Depreciation is an accounting tool to simulate the gradual deterioration of assets as they age. Barring erosion or major losses, land doesn’t deteriorate, so it can’t be depreciated.

indicates the efficiency by which a company uses its property and equipment to generate sales revenues. If a company has large amounts reported for various fixed assets but fails to create high revenue balances, the ability of management to make good use of those assets has to be questioned. This figure is calculated by taking net sales for a period and dividing it by the average net book value of the company’s property and equipment (fixed assets). For example, a company with $1 million reported for these assets at the beginning of the year but $1.2 million at the end of the year that is able to generate $6.16 million in net sales has a fixed asset turnover of 5.6 times per year. The average of the fixed assets for this period is $1.1 million.

Taxpayers with QLHI should comb through their fixed asset systems for assets incorrectly using 39-year recovery periods and consult with their tax advisors to correctly file a Form 3115 with a section 481(a) adjustment to catch-up on unclaimed depreciation. This may include bonus depreciation if the taxpayer did not elect out in any eligible year.

The tax reform bill known as the Tax Cuts and Jobs Act (TCJA) was signed into law on Dec. 22, 2017. So the TCJA eliminated the three categories, deleted the language in section 168(k) that allowed QIP to be bonus eligible as 39 year property, and was supposed to have language added to section 168(e) that added QIP as a category under 15 year property.

This is “Reporting Land Improvements and Impairments in the Value of Property and Equipment”, section 10.6 from the book Business Accounting (v. 2.0). Even with QIP no longer being bonus-eligible as of 01/01/2018, there is still value to tracking those assets separately from regular non-residential real property. And if you are a smaller taxpayer, tracking QIP separately will help identify costs to deduct under section 179. Note that the 15-year recovery period for QLHI is not elective. If a taxpayer makes improvements to leased or owned property that qualifies for the shorter recovery period, the taxpayer is required to depreciate the improvement over 15 years for tax purposes.

But that language did not get added to the final bill, so now we have QIP as a separate category of non-residential real property, but as of Jan. 1, 2018 has a 39 year GDS life and no bonus eligibility. The only way that QIP can have its bonus eligibility re-established is through a technical correction, and that has to be accomplished through the normal legislative process. It can’t be cured administratively by the IRS since the law is clear that QIP is not bonus eligible because it is not classified as 15 year property. The final bonus regulations (TD 9874) that were issued on Sept. 13, 2019 confirm this. However, there is an opportunity for smaller taxpayers to take immediate deductions on QIP.

The TCJA added QIP as a category of property under section 179 that is eligible for immediate deduction, when a taxpayer elects to include QIP costs in its section 179 deduction calculation. So, even though there is currently no bonus depreciation eligibility for QIP, there is still an opportunity to deduct costs related to QIP for smaller taxpayers. One asset category that should have qualified for 100% bonus depreciation is Qualified Improvement Property (QIP). QIP is defined as any improvement to an interior portion of a building which is nonresidential real property if the improvement is placed-in-service after the date the building was first placed-in-service by any taxpayer. Under the TCJA, QIP replaced Qualified Leasehold Improvement, Qualified Restaurant Improvement, and Qualified Retail Improvement Property.

What is Commercial Property and Real Estate Depreciation?

QIP is similar to QLHI, except QIP qualifies for bonus depreciation without being made under or pursuant to a lease, without the three-year waiting period, and without the “common area” restriction discussed below. Improvement expenditures attributable to the enlargement of the building, any elevator or escalator, or the internal structural framework of the building are still considered 39 year property under MACRS, and excluded from bonus depreciation.

While the buildings have fallen into disrepair, the underlying land is still there. Land improvements in the second category are usually recorded as a separate asset on the balance sheet in an account called Land Improvements. As such land improvements have definite lives (e.g. sidewalks can have a useful life of 20 years), these costs are depreciated over the period of the land improvements’ lives.

Such flexibility in accounting is more prevalent than might be imagined. For tax years beginning after Dec. 31, 2015, the PATH Act permanently extended the 15-year recovery on QLHI. The PATH act also created a new category of 39-year property subject to bonus depreciation called “qualified improvement property” (QIP).

For example, trees, shrubbery, and sewer systems might be viewed as normal and necessary costs to get land in the condition and position to generate revenues rather than serving as separate assets. GAAP does not provide absolute rules so such costs may be carried within the land account and not depreciated or reported as land improvements subject to depreciation. Purchase of lump-sum Capital assets, also known as a basket purchase, is the purchase of capital assets in a group, with 1 single transaction and 1 lump-sum buying price.

“Land improvements” is an asset category that includes property attached to land (such as a fence, sidewalk, or sewer system) that has a finite life and should be depreciated. Unfortunately, the distinction between land and land improvements is sometimes difficult to draw. The accountant must determine whether the cost of property, such as shrubbery, is a separate asset or a cost to get the land into the condition to be used to generate revenues. Over time, property and equipment can lose a significant amount of value for many reasons. If impairment of that value is suspected, a recoverability test is applied to determine whether sufficient cash will be generated by the asset to recover its current net book value.

For instance, a company could purchase land appraised at $500,000, land improvements (parking lots or driveways) at $150,000 and a building appraised at $2 million for a total of $2 million. If this happens, accountants allocate the cost of the purchase among the different types of assets acquired based on their relative and total market values. Pre-TCJAPost-TCJAAdditional Cash Flow (Year 1)$13,151$116,43210-Year Net Present Value$67,147$93,675The fee for a cost segregation study of this type would be in the range of $6,000.Investors in larger-scale projects are seeing commensurate larger-scale savings. Consider the new construction of a multifamily garden-style apartment complex with a depreciable basis of $5 million. In a cost segregation study, 15% of assets were moved into 5-year class life, and another 10% moved into 15-year class life.

Bonus depreciation is a tax incentive that permits owners of qualified property (that is, property with a recovery period of 20 years or less) to immediately deduct a percentage of the asset’s depreciable basis. Personal property and land improvements are eligible for bonus, though building core and shell assets are not. The recovery period of QIP was intended to be 15-year, and as such it would have been eligible for bonus depreciation (since assets with a class life of 20-years or less are bonus-eligible.) In the drafting process, QIP was erroneously left with a 39-year recovery period. Unless or until Congress passes a technical correction bill, QIP is ineligible for bonus, and it remains firmly among 39-year assets unless accelerated to 5- or 7-year class lives through a Cost Segregation Study. It is crucial for taxpayers to understand that, at this point, the only way to claim bonus on tenant-improvements is through the aforementioned Cost Segregation Study.

If not, a fair value test is then applied and the asset’s net book value is reduced to fair value if that number is lower. During construction of property and equipment, interest is capitalized rather than expensed because revenues are not being generated. The matching principle requires that recognition of this expense be deferred until revenue is earned. For that reason, interest incurred during construction is added to the cost of the asset. Bonus depreciation was introduced by Congress in 2001, in an attempt to stimulate the economy following the attacks of September 11th.

Otherwise, the IRS could take the position that the company elected ADS (Alternative Depreciation System) for the QLHI property, and be required to use a 39-year recovery period. This would also impact any other 15-year property, such as land improvements, that was placed in service by the taxpayer in the same year as the leasehold improvements. Failure to properly depreciate QLHI over 15 years puts other 15-year property at risk for reclassification to longer recovery periods. Land improvementsmeans all buildings, structures, fixtures and improvements located on the Acquired Real Property or included in the Purchased Assets, including those under construction. 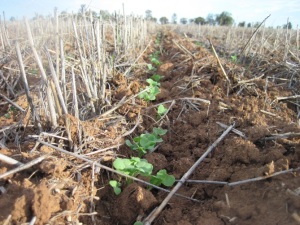